Posted on June 1, 1925 Categories: Comments are off for this post 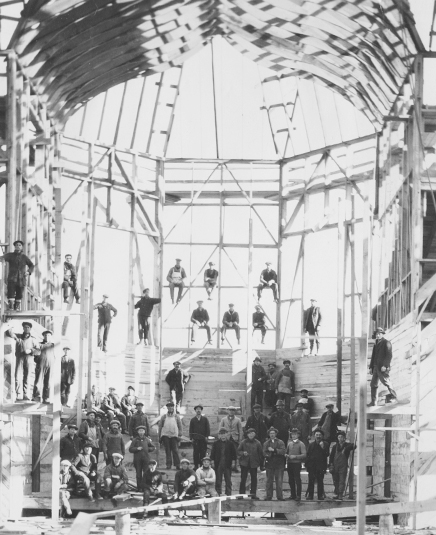 In June of 1925, Father John M. Filion, then Provincial Superior of English speaking Jesuits across Canada, felt the need for a larger shrine that would be closer both to pure spring water and to the Sainte-Marie mission. Filion purchased the Standin brothers’ farm on the hill across the road from the mission. He promised to have a the new Shrine Church built in time for the first anniversary of the Martyrs’ Beatification on July 21, 1926.