Martyrs' Shrine > The Story of the Martyrs > Noël Chabanel 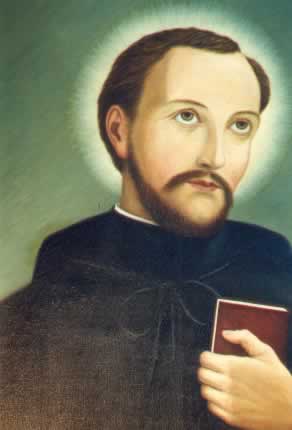 Noël Chabanel, a Jesuit priest at twenty-eight, a successful professor and humanist in France, had a strong desire to come to the Canadian Missions. Here he was unable to learn the native language and felt useless in the ministry.

He took a vow to remain in the missions, on the cross of seeming failure, always in the shadow of martyrdom. Even his martyrdom came secretly at the hands of an apostate on December 8, 1649 on the Nottawasaga, twenty-five miles from Ste. Marie.