Martyrs' Shrine > The Story of the Martyrs > René Goupil 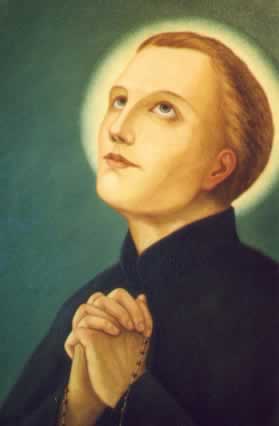 René Goupil, had to leave the Jesuit novitiate because of ill health. He studied medicine and offered his services to the Jesuit missions in Canada. On his way to Ste. Marie, he and Isaac Jogues were captured and tortured.

Isaac Jogues received his vows into the Society of Jesus. A month later, he was martyred while making the Sign of the Cross on a child. It took place at Auriesville, N.Y. He was thirty-five.

He was the first of the eight Martyrs to receive the palm of Martyrdom.