Martyrs' Shrine > The Story of the Martyrs > Jean de Lalande 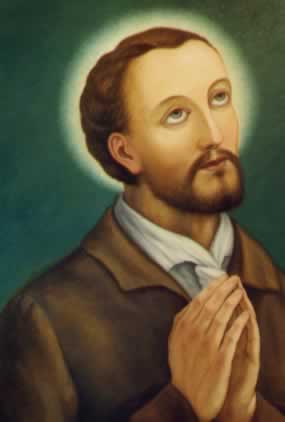 Jean de Lalande, at nineteen offered his services as a layman to the Jesuits in New France. He accompanied Jogues to the Mohawk Mission (1646), was captured with him and tortured. He saw Jogues martyred. On the following day (October 19, 1646), he himself was killed, a martyr, at Auriesville, N.Y.