Martyrs' Shrine > The Story of the Martyrs > Isaac Jogues 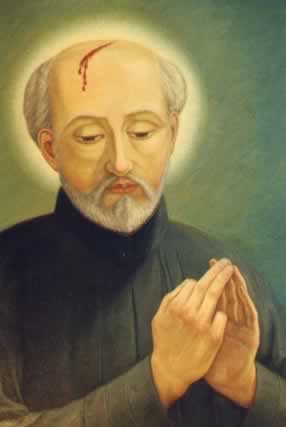 Captured by the Iroquois when returning to Ste. Marie from Quebec (1642), he was tortured, lost his fingers, made a slave. He escaped to France, but returned the same year to again be an emissary and missionary to the Iroquois.

He was martyred at Auriesville, N.Y. at age of thirty-nine.