Martyrs' Shrine > The Story of the Martyrs > Antoine Daniel 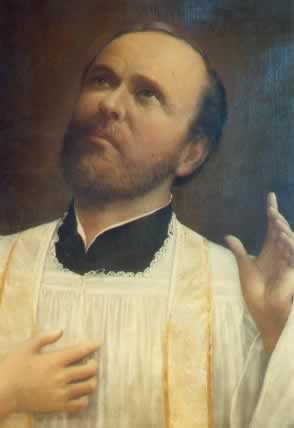 Antoine Daniel, was ordained a priest at twenty-nine, was a missionary near Bias-d’or Lakes (1632), founded the first boys’ College in North America (Quebec 1635), laboured in Huronia for twelve years.

In 1648 he made his retreat at Ste. Marie and returned to his mission twelve miles away. On July 4, he just finished Mass when the Mission was attacked. In Mass vestments he faced the enemy, encouraging the Christian converts to live their faith and thus giving time for some to escape.

His martyred body was thrown in the flames of the burning Church. This was at Mount St. Louis. He was forty-eight.