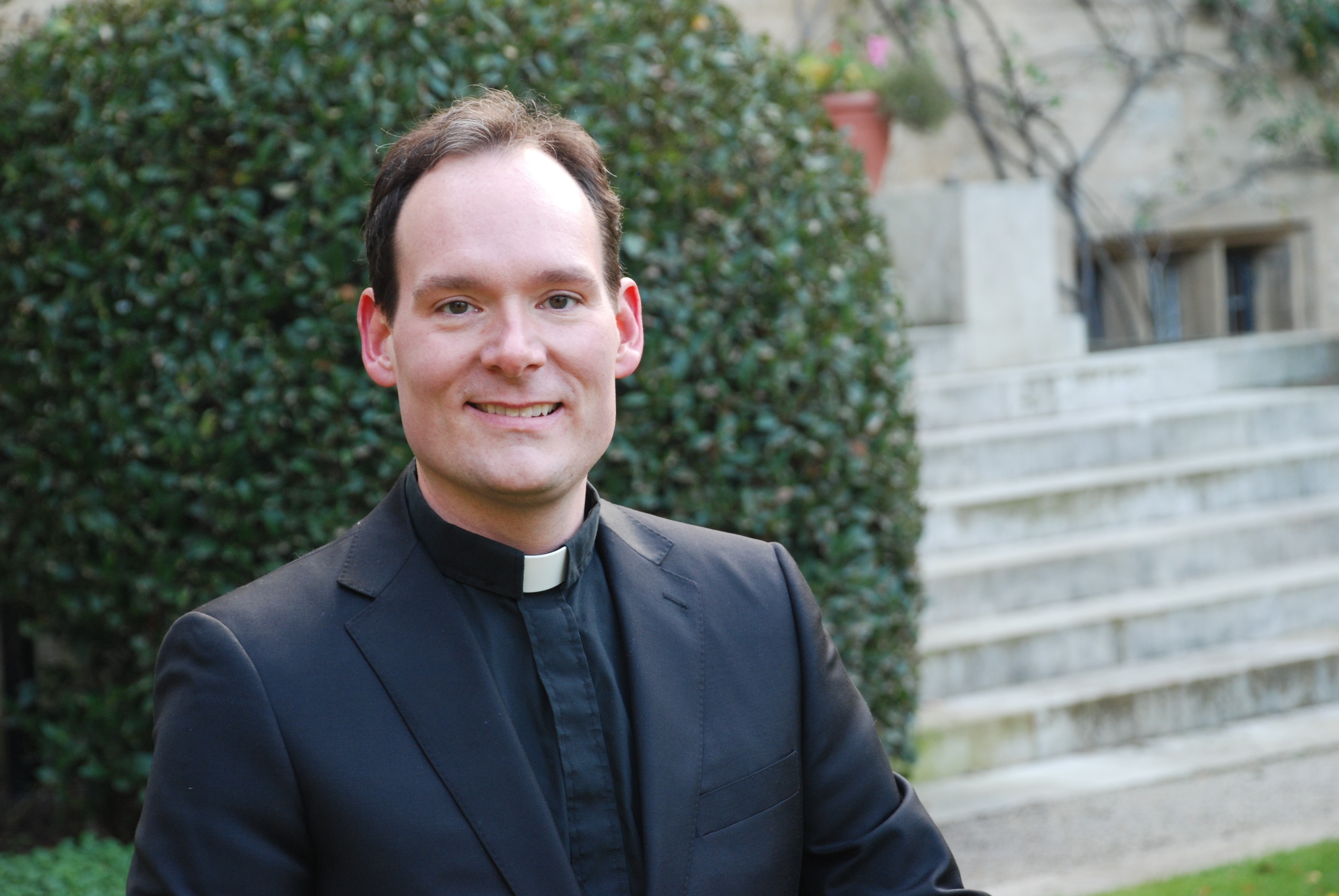 Fr. Michael Knox, S.J. is a Roman Catholic priest in the Society of Jesus (Jesuits). After entering the order in 1997, he completed a four-year honours bachelor’s degree in history at St. Michael’s College, University of Toronto, followed by a diploma in philosophical studies. In 2006, he completed a MA thesis in history at Memorial University, Newfoundland, and Campion Hall, Oxford. Subsequently, in 2009, he completed a Baccalaureate in Sacred Theology and a Master of Divinity at Regis College, University of Toronto, followed by License in Sacred Theology and an MA in Theology at the same school. In 2015, he completed a DPhil in history at Oxford University, entitled: The Rhetoric of Martyrdom in the Jesuit Relations of New France, 1632-1650.
Over the past nineteen years of his religious formation, Fr. Michael has also been involved in a variety of ministries that include the pastoral care to youth, event management, high school education, spiritual accompaniment, seminary formation, television, preservation, lecturing in history and Jesuit spirituality, writing, administration, and Sacramental ministry. Jean de Brébeuf and his companions have always held a central place in his religious life and, over the years, he has maintained a consistent presence in Huronia working as an instructor in Jesuit history for the interpretive staff at Sainte-Marie among the Hurons, as well as serving first as a longstanding member of the Board of Trustees, and then advisor to the Provincial Superior of the Jesuits in English Canada, for the Martyrs’ Shrine. It is with great joy and thanksgiving to God that Fr. Michael takes on the directorship of the Shrine, glad to join the Canadian martyrs, their Wendat Companions, and all those trustees, staff, and friends, who labour there, in their ongoing pilgrimage to Jesus Christ.