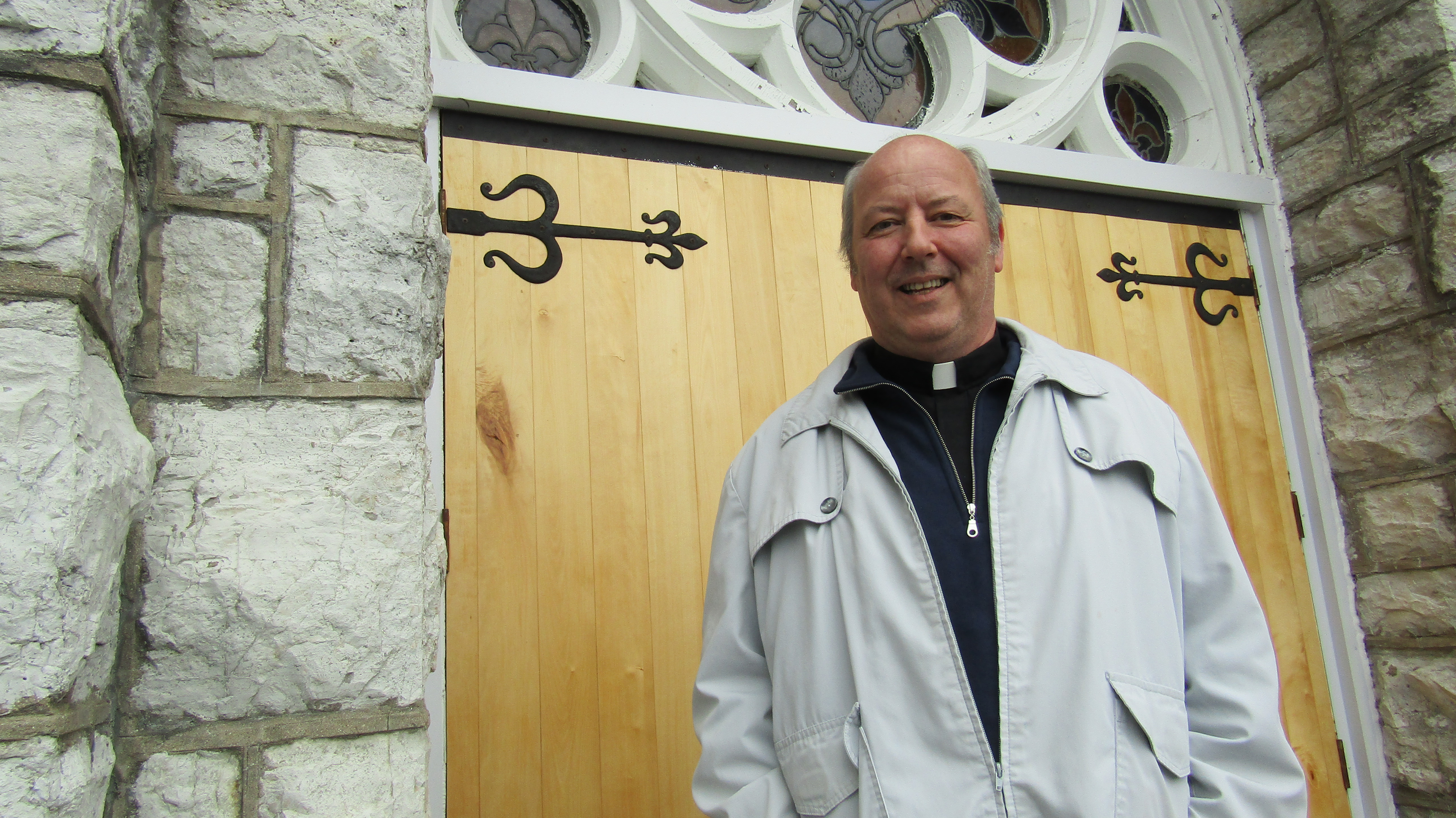 Father Jim Kelly, s.j. returned to the Shrine in 2015 after ten years living on Manitoulin Island as pastor of four small parishes. His experience with the Anishnaabek communities at the northern end of Georgian Bay helped form his perspective of Martyrs’ Shrine as a place of faith at the southern edge of that same water.

In some ways, Father Jim grew up in the shadow of the Canadian Martyrs. Born in Barrie, Ontario, he is one of only two Jesuits who were born in what we call Huronia. As a student at the University of Guelph he joined in pilgrimages to the Shrine led by University Chaplain Father Ed Merchant, a former director of the Shrine, and who always mentioned the Martyrs in the Eucharistic Prayer at Mass. During his university days Father Jim was also discerning his own vocation, and asked the intercession of each of the martyrs, by name.

As a Jesuit, working in media production, pastoral care, and health care administration, Father Jim was deeply attracted to the place of the Canadian Martyrs and of the Shrine as a bold proclamation of the Gospel, and as a quiet message of genuine healing.