Who: The Narrows Ensemble
What: Classical Music in the shrine Church
Where: Martyrs' Shrine - 16163 Hwy 12 W, Midland, ON, L4R 4K6
When: June 7th, 2019 at 7:30 PM
Tickets: $25.00 each, Youth U18 $15.00 - Online Sales Now Open! Click here!
The Narrows Ensemble is an Orillia-based, chamber music ensemble.
Their performances feature classical chamber music from 7 diverse instruments. Music by Beethoven, Morricone, Crusell, Devienne, and Borodin.
Buy Tickets
Thank you to the North Simcoe Cultural Committee for sponsoring our event.

Corey Gemmell, violinist, has distinguished himself as a soloist and chamber musician across Canada, Germany, the United States and China.  He has performed much of the standard concerto repertoire with orchestra.  Appearances include performances of the Brahms Double Concerto, Saint-Saens’ Introduction and Rondo Capriccioso, the Beethoven Triple Concerto, Lalo Symphonie Espagnol, Dvorak Violin Concerto and Winter and Spring from Vivaldi’s Four Seasons.

An avid chamber musician, Mr. Gemmell has toured and recorded extensively as a member of Ensemble Vivant.  He is also a member of the Elgin String Quartet and the National Piano Trio.  He often performs with Chamber Music Mississauga, New Music Concerts, including their 2016 tour to Beijing, and Array Music.

Mr. Gemmell taught at the University of Western Ontario, the Royal Conservatory of Music and is a member of the Royal College of Examiners.  He is on faculty at the National Music Camp of Canada and has adjudicated for numerous festivals including Orillia, Provincials and the Canadian Music Competition.

Corey Gemmell most recently recorded solo and chamber music for the rerelease of The Mozart Effect series (available on Spotify) and can also be heard in recordings of Brahms, Ravel, Robert A. Baker and works by David Eagle and Hope Lee.  He was one of the contributing artists to record the Royal Conservatory of Music’s 2013 release of their Violin Syllabus on compact disc.

Mr. Gemmell performs on a violin by the Italian violin maker, Briani, made in Milan in 1907, and a violin made for him in 2005 by renowned luthier Hratch Armenious. 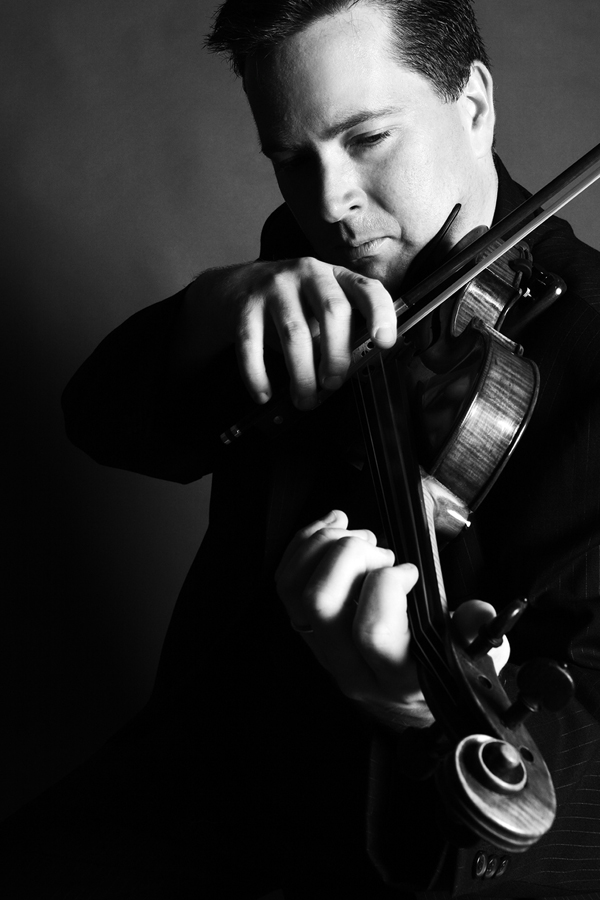 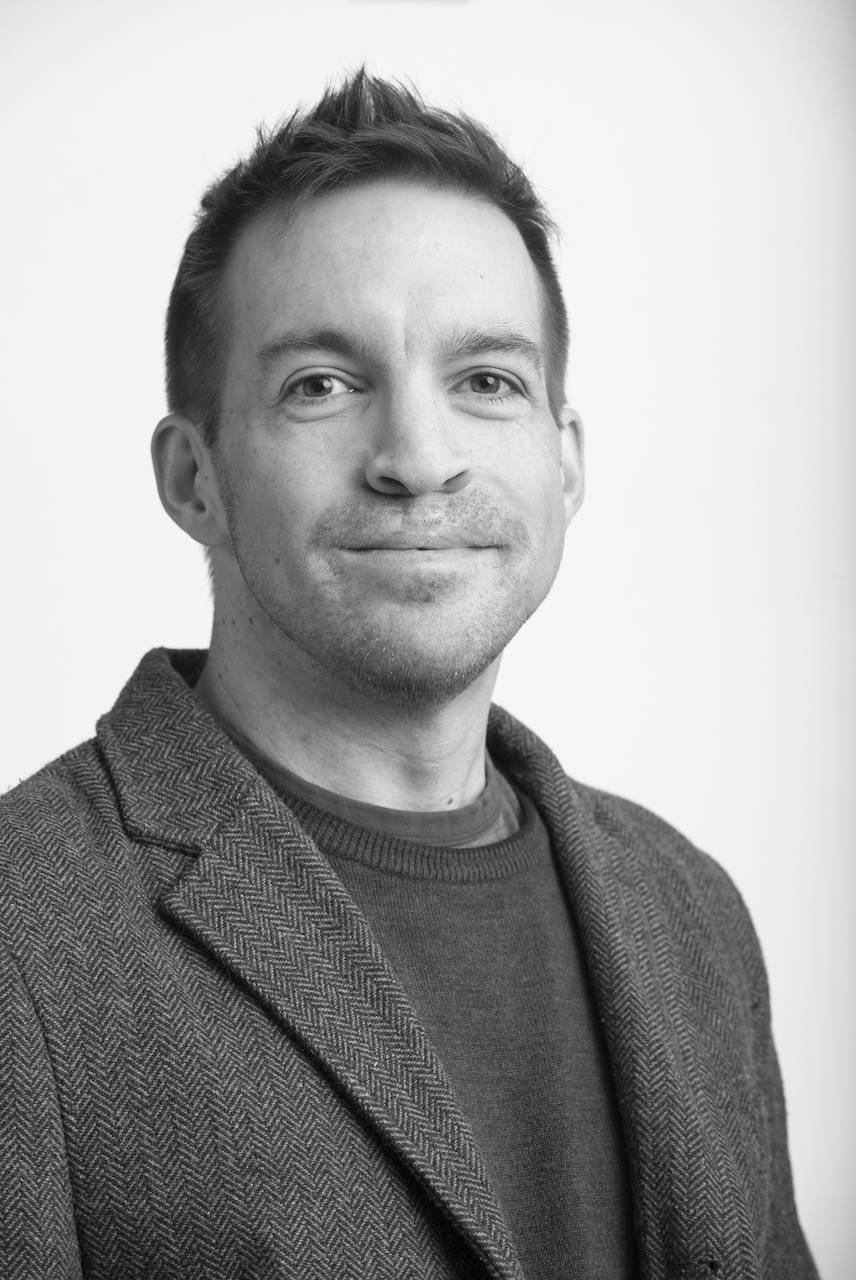 Dan McCoy studied piano with Elsie Leskew and theory with Blair Bailey, and went on to earn a Master’s in Musicology from the University of Toronto.  He subsequently studied with Bernhard Klapprott in Germany, earning a degree in Harpsichord Performance from The Liszt School of Music in Weimar.  He has performed at the Bachhaus Eisenach and the Ehrenstein Palace in Ohrdruf, and regularly performs at the Mellon Estate on Lake Muskoka.  Dan has presented original papers at international music conferences in Scotland and Spain, and his writings on music performance have been published in the journal, Early Music (Oxford University Press).  Locally, Dan founded a community ukulele group in Gravenhurst and is the founder of The August Organ, a summer noon-hour organ series on Thursdays that showcases the newly-refurbished Casavant pipe organ at Trinity United Church in his hometown of Gravenhurst, where he is currently Minister of Music.

Born in Oakville, Ontario, Jonathan Craig began his musical studies on the violin at the age of six.  After two years, at the suggestion of his teacher, the viola was added to his studies; a year later he won a scholarship to study at the Royal College of Music in Hamilton.

After completing a Bachelor’s degree in Music Performance with David Zafer at the University of Toronto, Jonathan received a Master’s degree in Music Performance with Donald McInnes at the University of Southern California.  Since then Jonathan has been Principal Violist with the National Ballet Orchestra of Canada, the Kitchener-Waterloo Symphony Orchestra, the Hamilton Philharmonic Orchestra and the Edmonton Symphony Orchestra.  A prizewinner at the Lionel Tertis International Viola Competition, Jonathan is sought after as both soloist and chamber musician performing regularly throughout Canada and the United States.

Jonathan is currently principal violist with the Mississauga Symphony Orchestra and is on faculty at the Royal Conservatory of Music’s Community School and the Glenn Gould School of Music.  Recently, Jonathan was made a full time member of the teaching staff at the People's Christian Academy where he teaches Music, English and Social Studies. 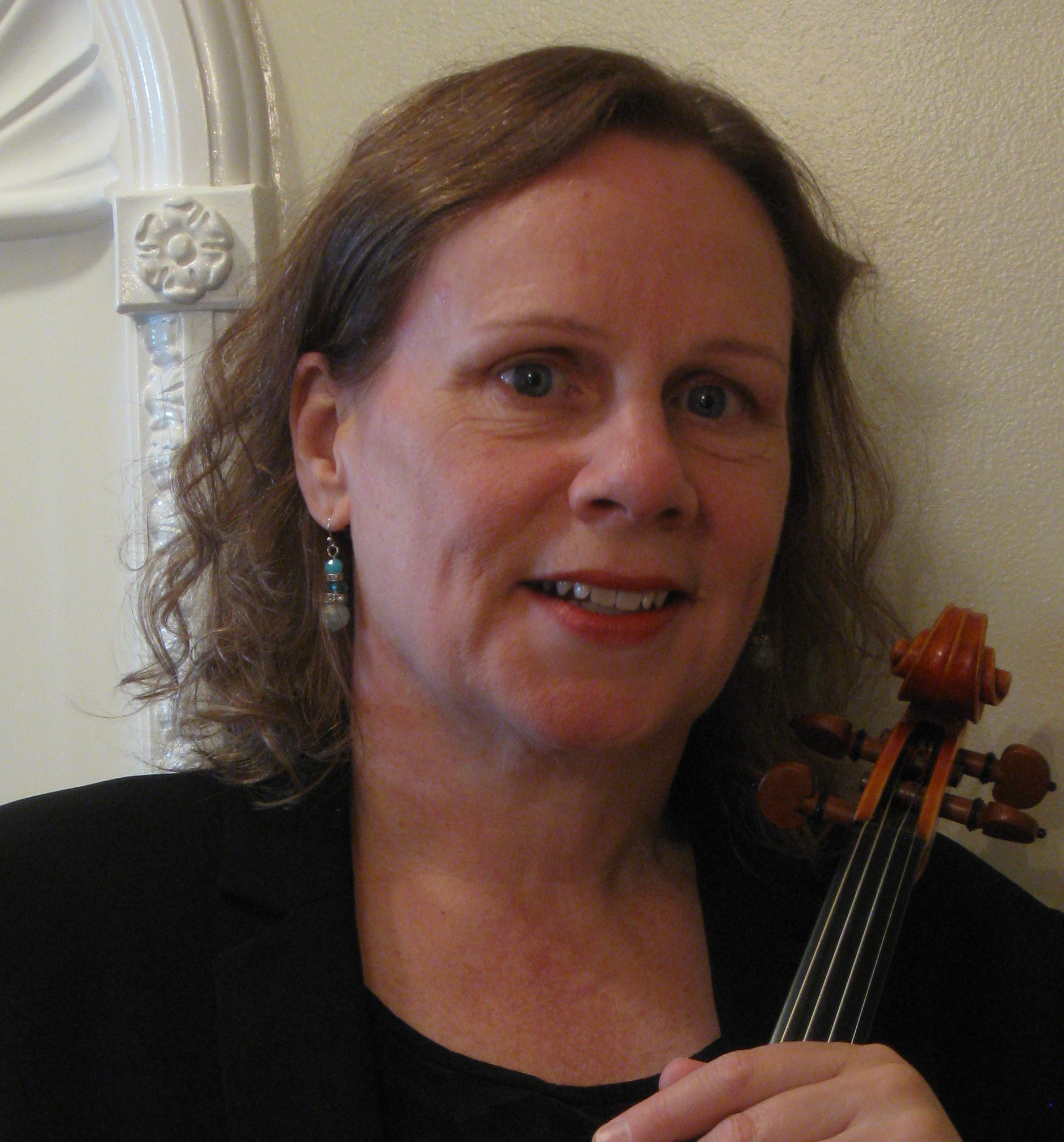 Valerie Selander Voisey graduated with a Bachelor of Music in Performance (Violin) from the University of Toronto, and continued her studies with noted American teaching team of Almita and Roland Vamos and with Jascha Milkis, former concertmaster of the Toronto Symphony.  Her work includes a broad repertoire of symphonic, choral, opera, and commercial experience, performing with such ensembles as the Kitchener-Waterloo Symphony, Opera York, National Ballet of Canada and the Canadian Opera Company.  She was concertmaster of the Valley Festival Orchestra, performing choral and chamber music in the Ottawa Valley.  She has played in the Toronto productions of “The Producers” and “Phantom of the Opera”, and for several years with the Casino Rama Orchestra, appearing with such performers as Roger Hodgson, Celtic Woman, Johnny Mathis, and Frank Sinatra Jr.  On the local scene, Valerie is Principal Second Violin of the Huronia Symphony in Barrie.  She teaches violin in Orillia and Barrie, and adjudicates and coaches groups around southern Ontario.  She is the founder and leader of the Four Seasons Chamber Orchestra, a student classical ensemble of all ages based in Orillia.

Peter Voisey graduated with a BMusic in Performance from the University of Toronto, studying oboe and English horn with Melvin Berman.  He has performed with many Canadian orchestras including the Canadian Opera Company, Kitchener-Waterloo Symphony and Orchestra London, and held the position of Second Oboe and Solo English Horn with the Windsor Symphony for ten seasons.

Peter’s work on the commercial music scene includes many studio recordings for radio, television and film.  He is a seasoned performer of musical theatre, including the Toronto productions of Sousatzka, Mary Poppins, Hugh Jackman in Concert, The Producers, Crazy for You, and Show Boat.  He has toured with North American productions and appeared with such performers as Placido Domingo, Joan Sutherland, and Roger Hodgson.  Peter also performs as multi-instrumentalist on saxophones, clarinets, flutes and recorders, and is a member of the Dimanche Matin Saxophone Quartet.

Peter performed for the past two seasons at the Stratford Festival, playing tenor sax, clarinet, oboe and English horn for 2017’s Guys and Dolls and The Music Man in 2018.

In September of 2017, Peter started in a new role as Music Director and Conductor of the Barrie Concert Band. 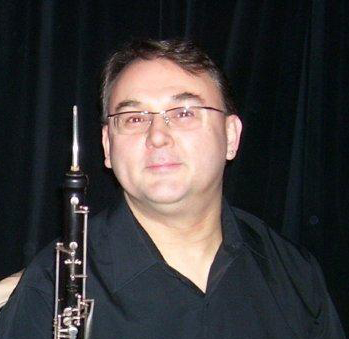 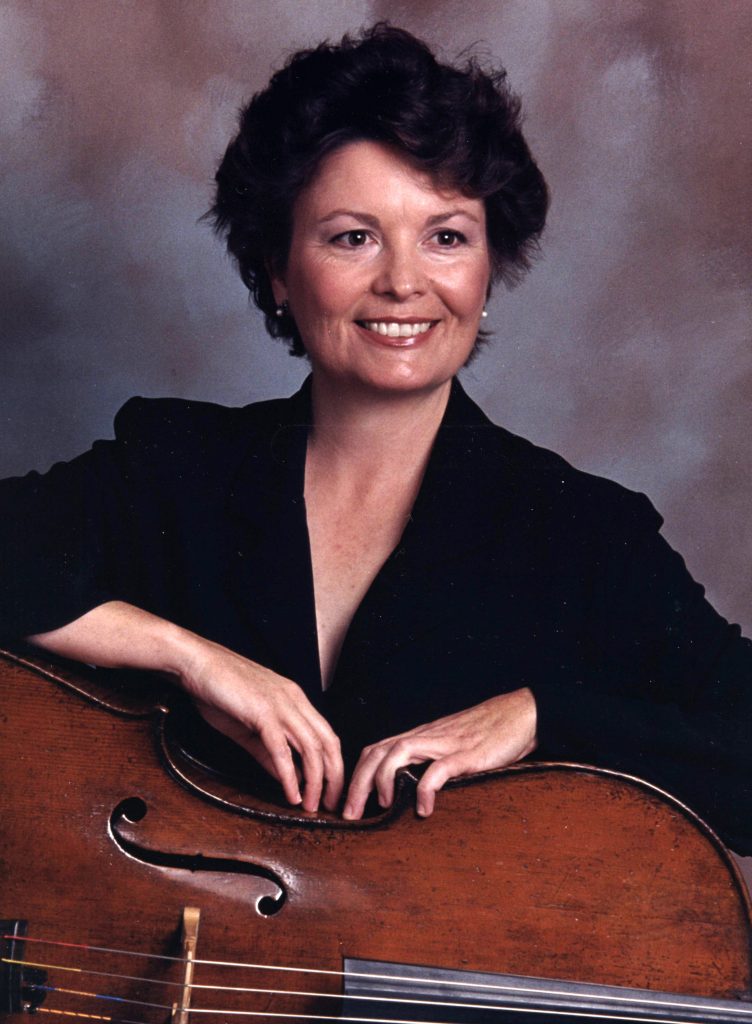 Sharon Prater has been seen on many of the major concert stages of the world as former cellist of the internationally acclaimed Colorado Quartet.  The group’s busy schedule at that time included performances across North and South America, Asia, and annual tours of Europe.

Ms. Prater is a graduate of the Juilliard School, where she earned the Master of Music degree and for two years worked as teaching assistant to Joel Krosnick of the Juilliard Quartet.  Other studies were at the Aspen Music Festival with Paul Katz and the Cleveland Quartet, the Banff Institute with Zoltan Szekely and William Pleeth, and the Britten Pears School (England) with the Janacek and Vermeer Quartets.

Coming to Toronto in 1990, Sharon was subsequently a member of the Canadian Opera Company Orchestra, the Amadeus Ensemble and the Esprit Orchestra.  She has been on the faculty of the New School of Music (Philadelphia) and taught as adjunct chamber music faculty at the University of Toronto, as well as being a guest lecturer and performer at universities and festivals across Canada and the United States.  A member of Ensemble Vivant from 1999 to 2009, she recorded four discs with that group – “The Music of Leroy Anderson”, “Fête Français”, “Audience Favourites”, and “Homage to Astor Piazzola”.

Sharon was Principal Cello of the Toronto Philharmonia from 2003 through 2012.

She plays on a cello by Jose Contreras made in 1762.

Christian Sharpe is a sought after performer of orchestral and chamber music on the bassoon, contra-bassoon, and saxophone.  He was a member of the Kitchener-Waterloo Symphony for 20 years.  He has appeared regularly at the Festival of the Sound, the Elora Festival, the Ottawa Chamber Music Festival, the Westben Festival, and orchestral highlights include performances with the Orchestre Symphonique de Montréal, the Toronto Symphony, and the Orchestra of the Kirov Theatre, working with conductors Zubin Mehta and Valery Gergiev among others.  Recorded highlights include a critically acclaimed CBC CD Mozart? with the Festival Winds and recently he was a featured soloist on a 2016 re-recording and release of The Mozart Effect (available on Spotify).  Theatre experiences include the Shaw Festival orchestra, the Stratford Festival orchestra, and the 2018 Broadway touring production of "The King and I" at the Princess of Wales Theatre for Mirvish Productions. 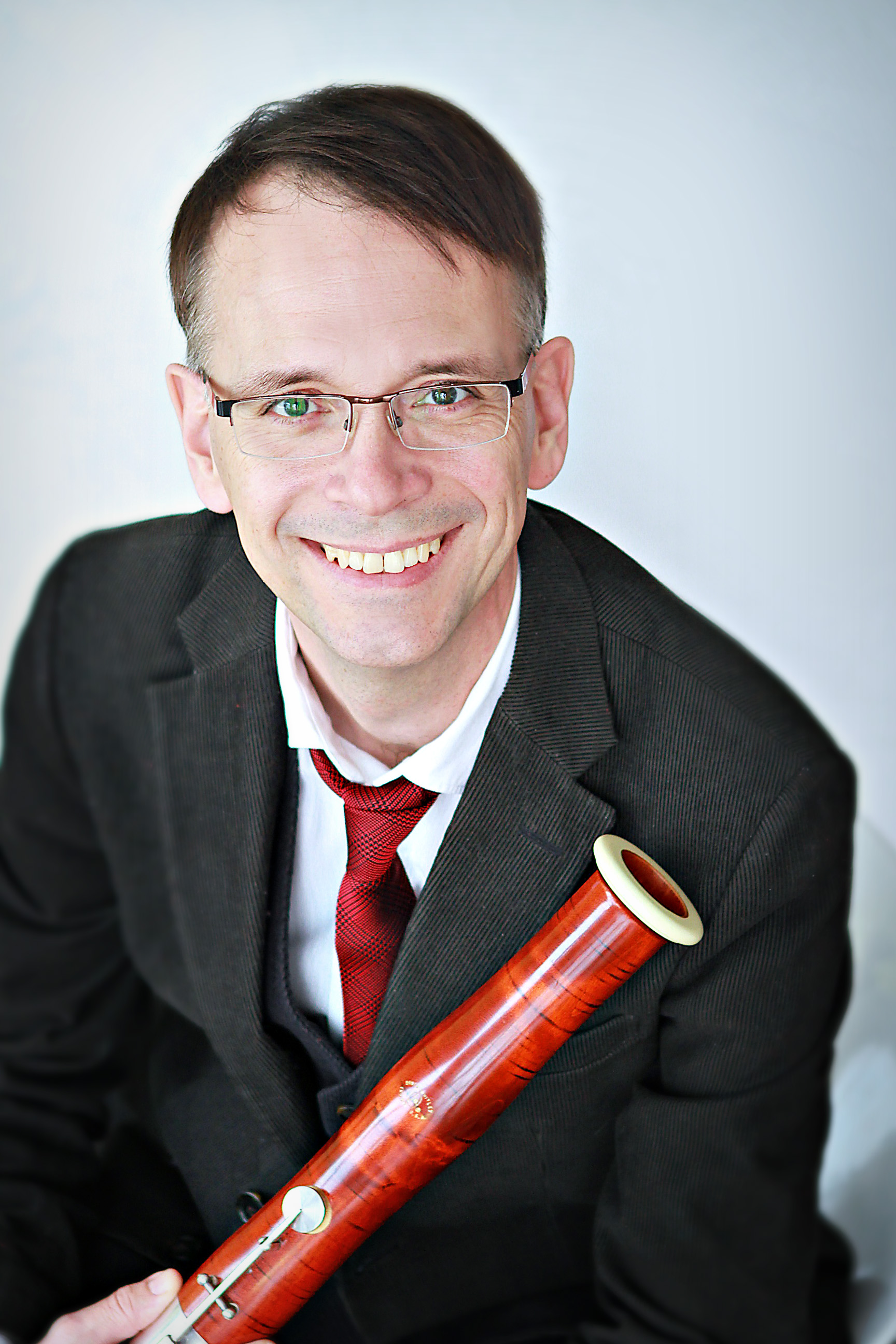